This cardboard castle story started from an argument in a toy store. No, my son wasn’t involved at all. It was me and my husband. He was just a bit too amazed with a Playmobil toy castle. I agree, it’s big, and pretty, and has cool details, but – $120? Really?

Maybe, just maybe, we can consider having some fun by making our own?

It’s not even that I’m being too savvy. I was just a bit tired with toy clutter.

So, I begged my hubby into not buying it. Instead, we bought three knights, one Robin Hood and a couple of trebuchets. (Marriage is compromising.) At home, I pulled out a couple of cardboard boxes and spare cuts of plastic foam from the previous project. Then I assembled it, applying the scotch tape every here and there.

I tried to go ahead with more intricate details, like the windows and steps on the ladder, but my x-acto was too dull for this.

So, I stopped and focused on the basic cardboard castle necessities: large hall with gate, balcony, and watchtower. Then, the paint came in.

Now you see, why different colors and textures of scotch and foam never bothered me. A good layer of acrylic will make it all even.

I copied the coat-of-arms from the Playmobil knight’s shield. A second eye made the wolf even scarier.

Agree, it’s not as shiny and fancy and, um, stable as the branded one. But this cardboard castle has served us for quite a few battles during these weeks, and we had so much fun while making it. And now, when we’re tired of it, we can BURN THE CASTLE!!! Literally. 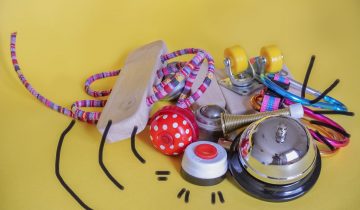 How to Make a Busy Board: Parts from A to Z 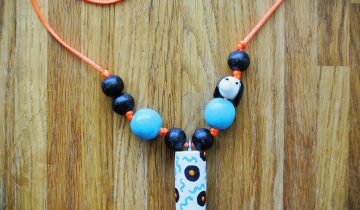 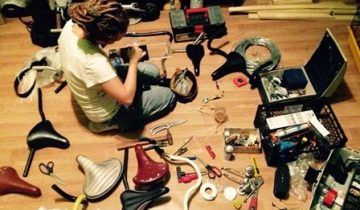 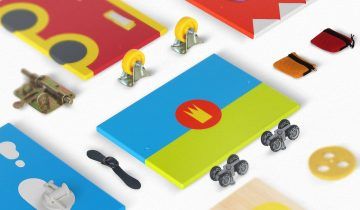 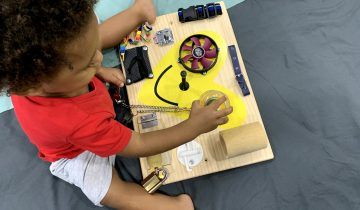 I ? U – This Adorable Baby Busy Board Melts Hearts 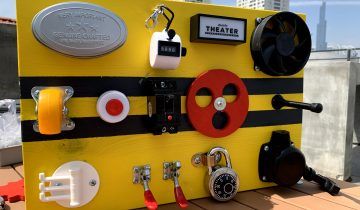 Bumblebee: Fidget Board Pro for a 3-Year-Old 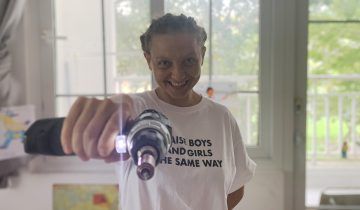 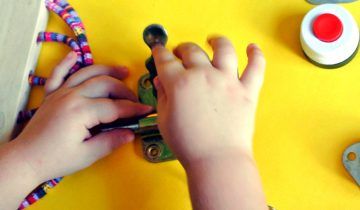 Web Round-up: Using Busy Board for Autism Disorders and Some Disabilities

No products in the cart.